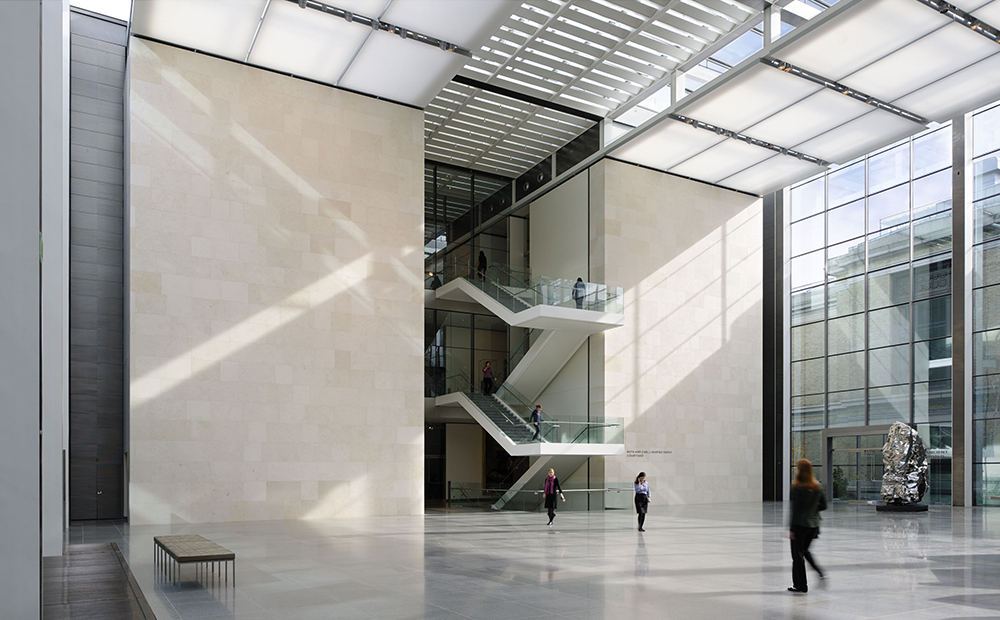 Masterplan and new wing for one of the largest museums in the United States.

The Museum of Fine Arts in Boston, Massachusetts, was founded in 1870 and it is now one of the largest museums in the United States. Its Beaux-Arts building has undergone various alterations, losing the original formal axis – visitors would instead enter through the extreme end of the museum and quickly get lost in the labyrinth of galleries.

As an architect of Foster + Partners, Yat was part of the team which developed the masterplan and design for the expansion, renovation and restoration of the Museum.

The strategic vision calls for a ‘crystal spine’ along the centre of the building, bringing various building components together into a single coherent architectural statement. The original south-facing main entrance on Huntington Avenue is restored to reinstate the formal central axis.

Following this concept, the team designed the new Art of the Americas Wing for the museum by inserting a glazed structure and two pavilion buildings into the existing building to create 53 new galleries. The glazed structure further encloses an existing courtyard, creating a light-filled space for visitor orientation and special events, a café and a new special exhibitions space underneath. Landscaping drawn into the heart of the Museum.

The landscaping between the glazed structure and the existing building draws in surround greenery from the Emerald Necklace, an iconic 445-hectare chain of parks linked by parkways and waterways. Inside, Outside, Visually Connected.

Fully-glazed promenades also bring adjacent parkland landscape and urban scene into the Museum, allowing visitors to visually connect exhibits and the outside world. The exterior of the new Arts of the Americas Wing is cladded in glass and Deer Isle granite from Maine, just like the existing building. The stone panels are arranged in horizontal bands, framed in black steel to break down the scale of the building and to produce a clean, crisp look.